I hope this question is not confusing or too complex. but here we go: I'm creating a custom google map that renders some US states as polygon overlays with the "google.map.Polygon' method. Everything seems to work in all browsers as shown in the picture below,

When I say "all browsers", they are Chrome,Firefox,Safari and Opera. But when it comes to IE (9-10) the Polygon shapes seem to brake in half and also shrinks as shown here:

Like I said before, I'm using the google polygon method :

and the shape coordinates points come from a XML file like this : //I'm just placing the code to give a better idea how the whole thing is put together

The problem is not passing the data or creating the shape, but rather the way it renders in IE 9&10. I have googled and tried several alternatives for days on how to fix this issue, but none of them worked, this is what I have tried so far:

the code changes from:

Which is the view for compatibility for old browsers, so I suppose the google map renders differently ( without the canvas ) and then it shows the polygons correctly but brakes the rest of the html5 element and css in the page. Besides this is controlled by the user, not the site. 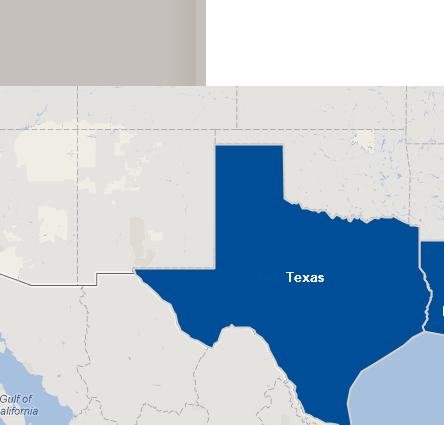 like you can see in the in the picture above.

So my questions (possible solutions/thoughts) are:

Thanks in advance for any input/help :)

I did take the whole thing apart as Michael Geary suggested, and it turns out that for google maps in IE the css inheritance might affect how the Polygon is render on screen. The individual polygon layers where inheriting the css "height:auto" from one of it's parents and it seems that IE9&10 are very delicate with this. So the answer was removing "height:auto" from the css file in the parent element (container box).

Retrieve list of a specific attribute from a Backbone collection

I'm looking for a way to, from a backbone collection, retrieve some kind of array of one specific attribute. var SomeModel = Backbone.Model.extend({ defaults: function() { return { ...

I'm looking for a way to, from a backbone collection, retrieve some kind of array of one specific attribute. var SomeModel = Backbone.Model.extend({ defaults: function() { return { ...

jQuery is swapping the tags that I insert